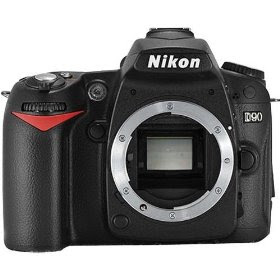 [1] Sensor: D90 and D300 are 'said' to have the same sensor. But I don't think that has been officially approved. Reasons? D300 has a 14 bit AD RAW conversion, D90 only 12 bits. Also, if you look at professional sensor test data at dxomark for the two, the test results are different enough to suggest they are not the same. In fact D90 looks like a colorized (metaphorically speaking) improvement to D300 sensor for the consumer market from those results.

[2] Body weight/feel: D300 is definitely a tank if D90 is a hummer. D300 also feels very very solid and heavy in hands. In fact I tried D300 with the 18-200 Nikkor VR lens, they were too heavy for me together on my neck.. but that's just me. I traded a used lens recently with a D300 owner in the area, he had a D300. And he was putting it up for sale on Craigslist since he already had a tougher D700 and he thought D90 would be a faithful backup. Even he didn't care much about the video. D90, although made of commercial grade hardened plastic, feels much better than the consumer grade Canon Rebels (yes I have owned them before to compare). Of course its build wont match D300's.. but it isn't as badly built as you would think. It is smaller/lighter though.. and if a bigger grip is what you need, D300 should be your choice. For me, D90 fits like a glove in my palms. Go try it out, you will know what I mean.

[4] Controls: D300 is built more for manual and program mode photographers. Don't expect to pick it up and start shooting quickly if you have always used consumer grade SLRs. There are no auto scene modes (landscape/portrait). You can still program it in A/T/P/S modes. That's good, right? But a transition from D70 to D300 may not be as quick as you would think. Not a bad thing though.. because you would enter the realm of pro grade cameras then:-) But just so you know: it took two camera staff and I 20 minutes to figure out how to switch to live view mode in a D300... 2 of us were using consumer grade DSLRs, and 1 was oldie film shooter.

[5] Live View: Don't know if you will use it or whether you need it or not, but I use D90's live view on tripod at least for macro like shots. Even during a recent zoo trip, I was using it to fine tune the focus.. hand held.. it does help. Anyways, you must know that D300's live view is more accurate than D90's at live view zooms.. D90 seems to interpolate from lower resolution live feed images, causing jaggy and blurry edges if you zoom in to 6.7X in live view. D300 gives you accurately interpolated edges as you would see with your naked eye. Further, D300 provides the quick AF mode during live view.. the one that flips the mirror up to use traditional AF method. D90 only provides one live view focus mode: contrast based..which is slower.. but still useful for stationary shots.

[6] Now I will talk about the video. Granted you don't need it. And you should not buy a DSLR for its video features. But if it is there as a bonus, it does come handy. Its not pro-grade (well a D90 isn't a pro grade camera anyways, right?). So I would say don't discount this feature without using it. I used to think it is a waste.. until I found the opportunity to grab some minute long precious moments of my nephew that I could no way have captured in stills. In one such shoot, I could capture his adorable attempt to explain how his ball rolled over to the adjacent lake.. and all those gestures and his eye movements and the changing smiles were almost impossible to catch just in still images. Here is an average clip example that I liked in addition to the other still shots since it took me back to the scene because of the sounds and the shallow DoF test in the end. There are many more on my profile page on DPC... though not great, were great fun to do.


So in the end, if you don't care about the video, are ok with spending almost $400 extra, and definitely need a tank like built body, get the D300. Its a solid performer so I have heard, though lagging just a bit in low light results from D90.

Else, you can get the D90, with the bonus of almost $400 saved for another lens, and an amateurish video clip feature, with which I guarantee total DoF testing awesomeness:-)

Here is a Nikon D90 review in case you missed it earlier.
Posted by Prash at 1:15 PM 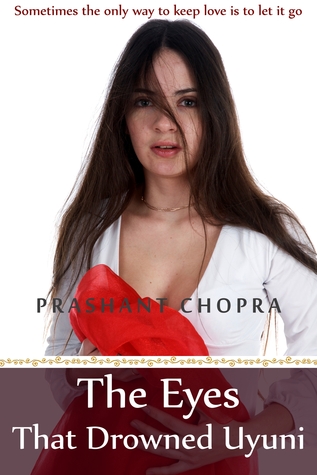